Rachel is a superhero.

The odds were stacked against her.

She made Aliyah at 6 years old, lived in a violent household, in boarding schools.

At 16, she already lived on the street. She had nowhere else to go.

At 17, she was already addicted to drugs, because it’s nearly impossible to survive life on the streets without it.

We’ve seen this time and again. We meet many women in similar situations. We meet them a few years later too, broken, desperate.

But when Rachel was 16, the police referred her to ELEM. We met a young girl at high risk, addicted to drugs. But now she’s a strong young woman, she’s clean, and she believes she deserves a normal life.

Still, the IDF didn’t let her enlist because she had a criminal record, and because of her past with drugs. We fought this decision together, hand in hand, and today, Rachel is serving in the IDF and working with kids with special needs. She’s dreaming of becoming an officer, and we have no doubt she can make it happen. One victory after another. 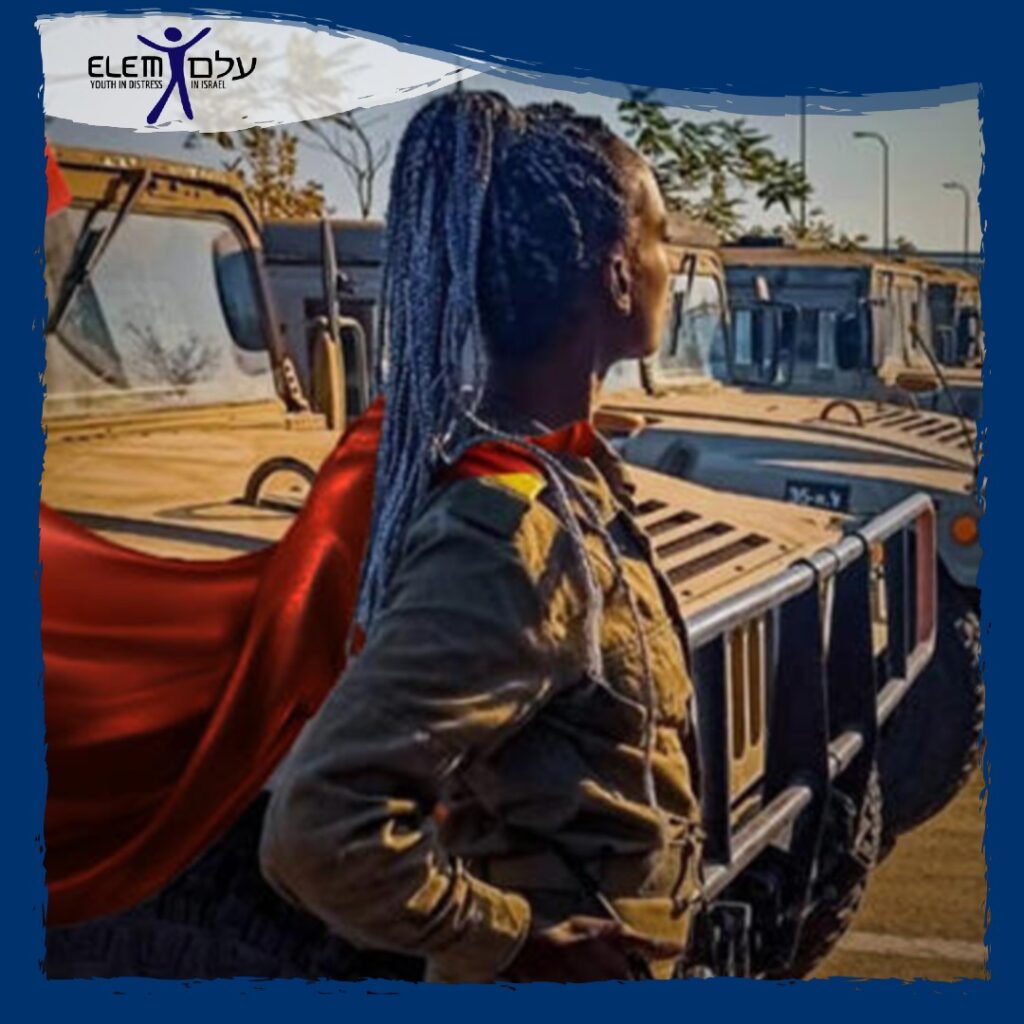