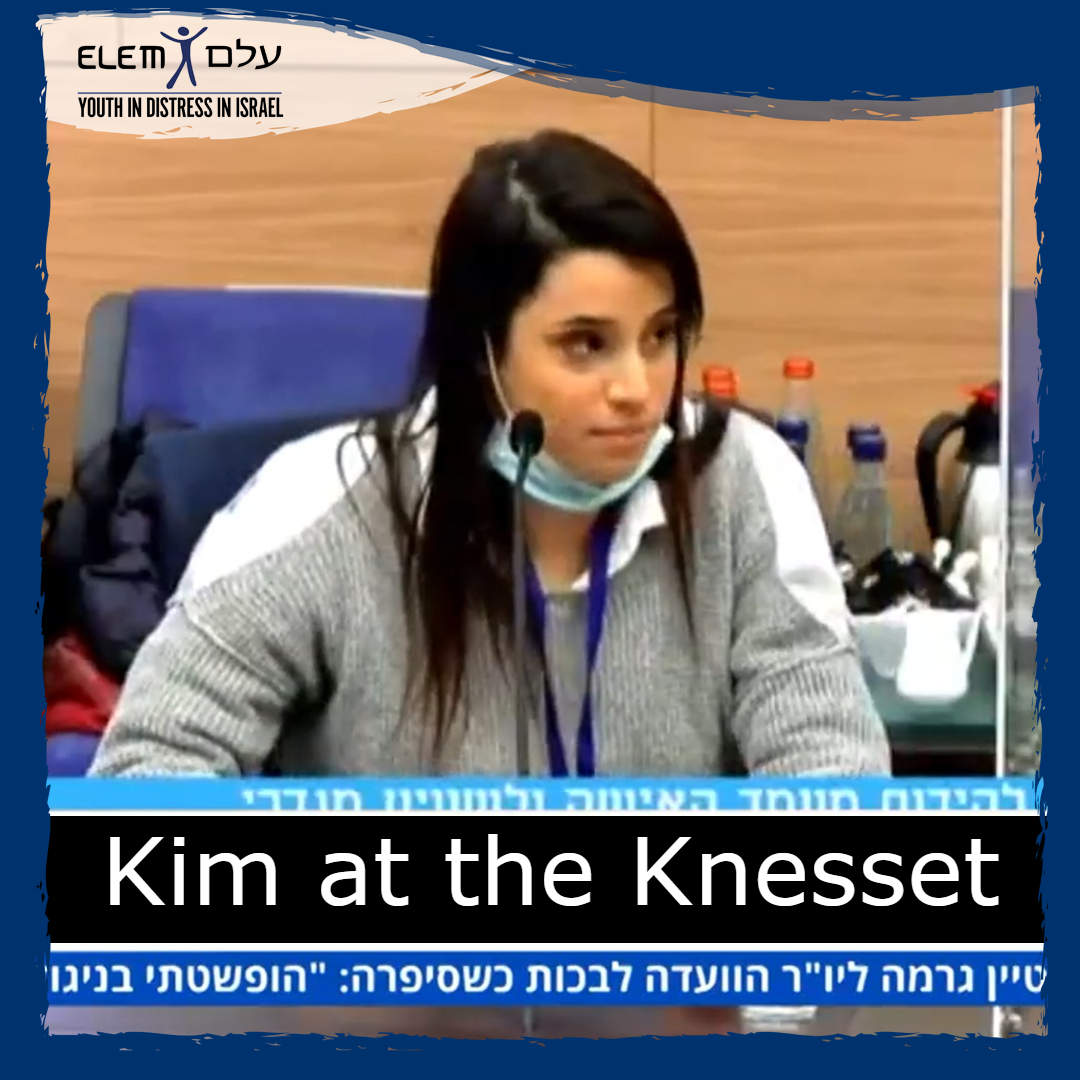 ELEM’s Woman Speaks at the Knesset about Sexual Violence

Kim Eisenstein attends A Real Home, ELEM’s center for young women who experienced sexual violence. She decided to head to the Knesset and address the Committee for the Improvement of Women’s Issues. She did so publicly, not under the protection of anonymity, and participated in a discussion about the Mental Health System’s shortcomings when it comes to gender issues.

“I tried to kill myself and later that night I was involuntary committed. No one asked me how I was feeling or what I was going through. For a second I thought about running away, but before I took a single step I was grabbed by five security guards, all men. I can’t begin to explain the humiliation I’ve felt. Five men on top of me as I’m lying down, tied and helpless.”

Kim opened up about the rough experiences she’s been through while she was in confinement. Not only did her time at the psychiatric ward not help, but it also deepened the trauma and the pain. Even though she’s at an entirely different place nowadays, she couldn’t find peace, so she made the brave choice to speak up.

Her words were crucial in order to raise awareness to the fact that victims of sexual violence need unique, appropriate assistance. She chose to share in order to push for a real change. Thank you Kim, for your honesty and courage.