Diana Golbi – The ELEM alumni who became a star

We’re living during uncertain times, and major events are being cancelled left and right. One such event is the legendary, NYC based TriBeca Film festival.

Next month was meant to mark the return of Talya Lavie, who won Best Narrative Feature at TriBeca with her hit, Zero Motivation, to the festival.

Alas, that’s not to be. However, Zero Motivation’s success refuses to dwindle down, what with the rights for a TV adaptation acquired by Amy Poehler and Natasha Lyonne, and a musical adaptation currently seeing a huge success in one of Israel’s biggest theaters.

One of the stars of the show is Diana Golbi. Diana, who was born in Moscow before moving to Israel with her family, is 28 years old. She won Israeli Idol in 2010 and has been working nonstop since. Be it in the music industry, or as an actress. She also happens to be a former ELEM youth. We caught up with her to hear all about the amazing things she’s doing and her experience with ELEM. An uplifting interview during these complex times. 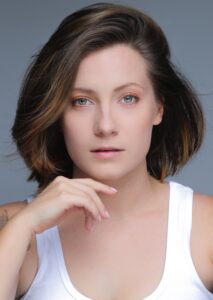 (Diana Golbi. Photo by: Or Danon)

What a joy it was for us to come during our visit to Israel and see you steal the show in Zero Motivation in one of the biggest theaters in Israel, a sold out show every night! We also recall you came to sing for us in Manhattan a few years ago and we’ll be thrilled to have you again! But in the meantime, we figured a catch up is long overdue and we wanted to hear about all the amazing things in your life!

ELEM: Your first encounter with ELEM was with the Holon Outreach Van. Can you tell us how did you first hear about ELEM and about that first meeting?

DG: I met members of ELEM during a day off from school. I was about 16 and our group of friends would meet at a certain garden at the park, at a certain time, to pass the time. One day the ELEM van dropped in and joined the party, and the rest is history. We learned about the staff, they learned about us. They managed to enter our worlds without us feeling threatened or like we had to flee.

ELEM: What made you keep coming?

DG: My friends and I kept coming because, in retrospect, I think we found a shoulder to lean on, and attention. Which are things that some of us couldn’t get at home or at school. Back in the day it was a “cool hang,” but now looking back I understand that these meetings with ELEM were an escape.

ELEM: Do you feel that meeting ELEM had a meaningful impact on your life since then?

DG: I think my sensitivity towards the environment has shifted thanks to the meeting with ELEM. Back then, one of the staff members encouraged me to go to the local theater and see what happens, because I sang and played instruments and it seemed weird to her that I spent my nights roaming the streets instead of being on a stage.

ELEM: Are you still in touch with some of the people you met at ELEM?

DG: I’m in touch with close friends who were part of those times in my life. We think about the van fondly, with a smile, every time one of us passes by the park where we used to hang out. 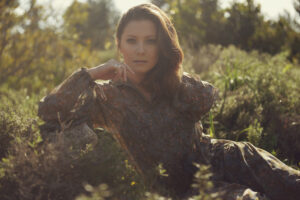 ELEM: Tell us a bit about what you’ve been up to since the ELEM days.

DG: I’ve been doing a lot of artistic things. I won Israeli Idol season 8, I performed all across Israel and I still work and create. I got to collaborate with incredible Israeli artists. I graduated from a 3-years program at the Nissan Nativ Acting Studio (one of the most acclaimed acting school in Israel – ELEM,) and I participated in many theatrical productions. Most recently, I’ve been performing as part of the Beit Lessin Theater (one of the biggest repertoire theaters in Israel – ELEM.)

ELEM: How was the experience of joining Zero Motivation?

DG: It was an easy experience. I was very moved by the audition invitation because I’m in love with the film. I play Irena in the show, the Russian soldier who’s been having a hard time integrating into the Israeli society from the day she made Aliyah. It’s a familiar headspace for me, a feeling I know very well. It’s very exciting to go on stage every night and tell a classic Israeli story and at the same time, tell a story of an entire generation of immigrants from Russia. My parents have been in Israel for so many years now, and they still have the accent, still carry the hardships of integrating.

ELEM: And what does the future hold?

DG: I’d love to be a part of fascinating productions, be it on stage, TV or on film. I’m releasing new music soon. And I truly, truly wish to reach international audiences. It has been my biggest dream since those days at the park in Holon with the guitar in my lap.

DG: There are some cool covers I’ve done recently and can be found on YouTube.

You can see a very recent cover I did for Sound of Silence here: https://youtu.be/4Qp5qOJFsLU

ELEM: What would you tell a 16-years-old Diana, given the chance?

DG: I’d tell her – you’re stronger than you think. Oh, and stop giving yourself haircuts. Go to the hair dresser! 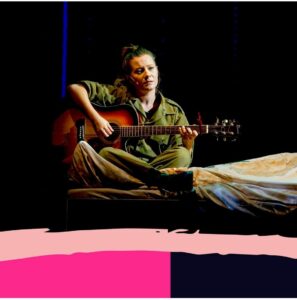