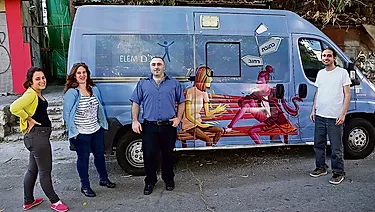 This honor was granted to ELEM by the U.N. Economic and Social Council (ECOSOC,) following a recommendation by a panel of 19 U.N. members nations.

ELEM CEO, Inbal Kerbel: “This is a very touching acknowledgement of the hard, years-long work done by hundreds of ELEM’s staff members and thousands of volunteers, supporting youth in distress. We’re proud to humbly represent Israel at the U.N. and this is a golden opportunity to raise awareness for the issue at hand, to learn from other organizations worldwide, and to have a global impact.”

ELEM’s President is Nava Barak. Shlomo Yanai is the Chairman.

ELEM, which was founded 36 years ago, helps 21,000 youths annually. Be it on the streets, or in ELEM’s support centers. Shiri Sharon Zaid (21) is one example of such youth. She left home at 16. “I spent my nights here and there. A different spot every night,” she tells us. “A girlfriend’s place, a man’s place. Whatever worked for that specific night. And if nothing worked, I ended up on the street. Finally, I have completely lost myself. I forgot who I was, I was done. I felt like my soul had died. I was a wreck, and I started having suicidal thoughts.

“When ELEM came into my life I got indescribable amount of love and support.” ELEM set her up at a hostel, then she joined a pre-military program. “Towards the end of the program I had issues enlisting because people with my background have a hard time joining the army. I was heartbroken, but ELEM helped me enlist. During my service I knew there’s always someone for me to call and have someone listen to me at all hours of the day. The team even came up to the Golan Heights to visit me on the weekends. They gave me the feeling I have a family, a home to go back to.

Today Shiri works as a youth counselor at Kibbutz HaZorea. “I’m still in touch with all the people who mentored me all these years, who gave me a shoulder to cry on, accepted me as I was. They lit up my dark nights.” 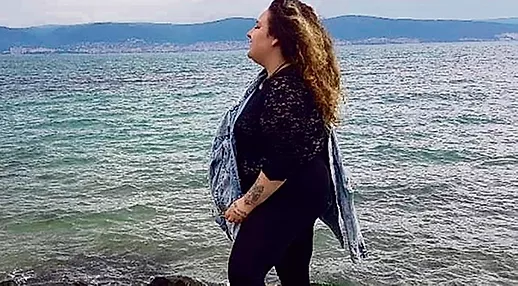 V. (20) found ELEM 4 years ago.  He was found while living on the streets, addicted to drugs and dealing in prostitution. “For as long as I can remember, I was the victim of sexual and physical abuse at home. I kept all these feelings inside for a long time but when I was 16 I exploded. I told the guidance counselor at school, and that led to a court order that removed me from my home.”

V. also tells us that even as young as 12 years old, he recalls running from home and sleeping on the streets following an act of violence. “When I felt like being at home was putting me in grave danger, I walked the streets all night long. I would sleep on slides at playgrounds, benches, or restrooms at gas stations. I would constantly look for food on the streets to keep from starving.”

At 14 he was introduced to prostitution. “Obviously, I didn’t have an apartment, so this was mostly done in cars. I desperately needed money and had no other way to survive.  It was very rough, to the point that you have no will to live anymore. The customers, the disgust, the stench. Some of them were violent, and it always goes hand in hand with drugs. Using drugs, being a prostitute, living on the streets, those things can make you fall apart completely.”

Once he was taken from home, V. lived in a hostel, where he was approached by Yarden, an ELEM counselor. “I sat with her and told her things I could never share with anyone before. I became familiar with the organization and they started helping me. First, mentally. They made me believe a change is possible. They fought for me, they were available 24/7, and they taught me how to lead a normal life. I manage to accomplish many things thanks to ELEM. Today I pay my own rent, I have savings and I’m starting college in six weeks. I’m happy, and satisfied.”